We've www.spa-treks.com just been running a trip for Discover Adventure, specialists in fundraising trekking, to raise some money with a great bunch of people who wanted to make the push from freedom over the Spanish border. Making their own escape to Spain was especially poignant for some who were doing it for a particular reason - whether it be a personal challenge or to raise money for a charity following a life changing event.


But was it fun? YEEEESSSSSS!


From the 11th of November 1942, the date on which the Germans occupied the free zone following the Allied invasion of North Africa on the 8th of November, the Nazi noose tightened and surveillance increased dramatically. Frontier guards, mainly Austrians, were posted along the whole length of the mountain chain and enemy patrols intensfied. A forbidden zone twenty kilometres deep was also set up along the Pyrenees into which access was only allowed with a special pass. During the early years of the occupation the Ariège was still in the free zone and although under the control of the Vichy police, many evaders succeeded in reaching Spain by their own means, often following easier routes such as the "Ports" of Aula and Salau which were high above above the villages of Couflens and Seix. We chose to cross at the porte d'Aula after visiting the beleagured Halifax bomber and passing through Aunac and the Subera Refuge where Gilles showed me a a beautuful video of a baby ibex which he had captured close to the refuge.

Day 1
Visit to the Maison du Liberte and a chance encounter with the amazing Paul Broué http://www.chemindelaliberte.fr/les-dossiers-du-musee/les-evades-particuliers-du-couserans 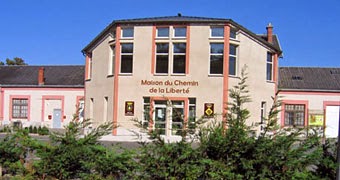 
Day 2 La Soumiere - Aunac
It is here near the col d'Artigue that a monument has been erected to the memory of 19 year-old Louis Barrau, a passeur who was betrayed, captured and shot by the Germans. It was moving to be next to the shelter where he had been expecting to help some evades, but was sadly betrayed by the Milice. Aunac offered a perfect stopping place with excellent food and flowers - or was that a mixture of the two? 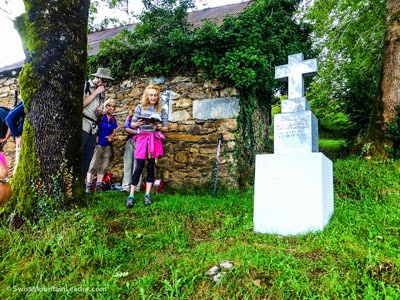 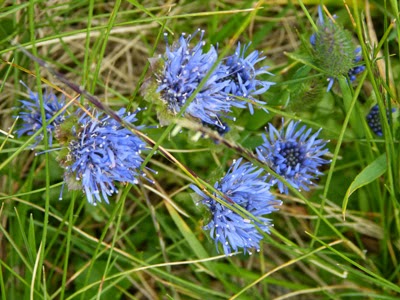 Day 3 Aunac - R Subera and beyond

After descending to the river d'Esbinz we climb up to the col de core for lunch and move into the Subera refuge accompanied by some wild donkey's for part of the walk.


And up to the Halifax bomber early evening... after two hours of climbing we arrive at the base of the Pic de Lampau where a plaque has been placed near the wreckage of a British Halifax bomber in memory of the seven crew members who died there when their aircraft crashed into the mountain on the 19th of July 1945. After straying off course the flight ended in trajedy. 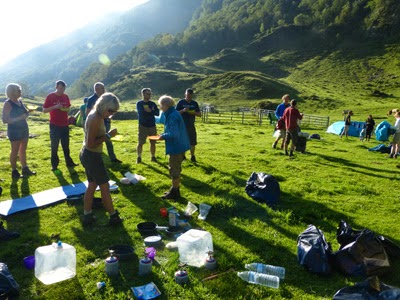 A big descent and ascent took us up to the Etang d'Arreau just in time for a little party and some home comforts from the van. Much to our surprise a family of cyclists passed by at around 11.30pm! Due to the mist the day before this was the first sight of snow, magnificent river views and a fine cascade on the 1400m of ascent. 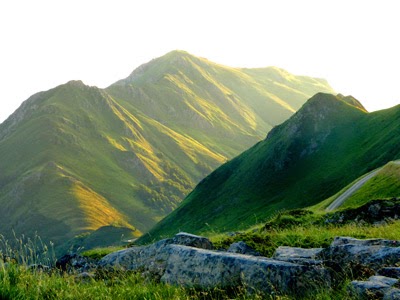 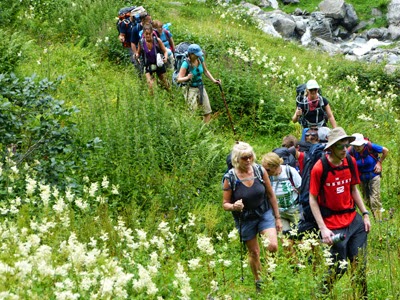 Great presence from Wales at the Etang d'Arreau 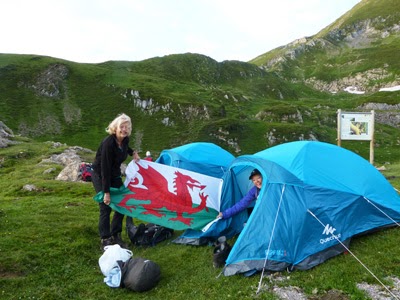 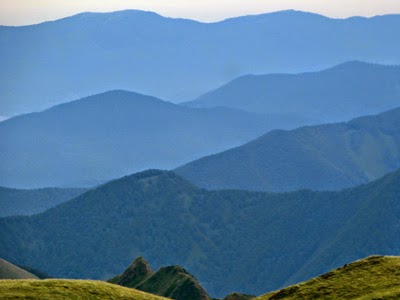 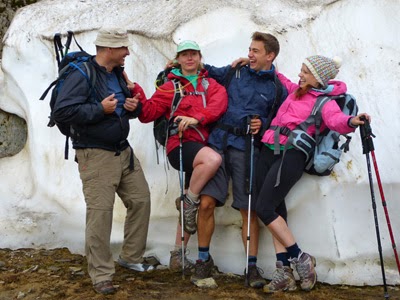 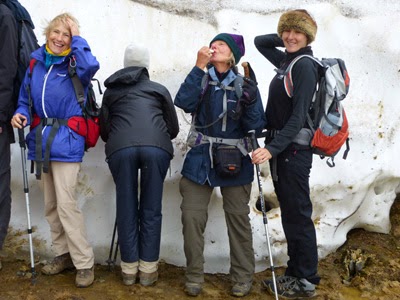 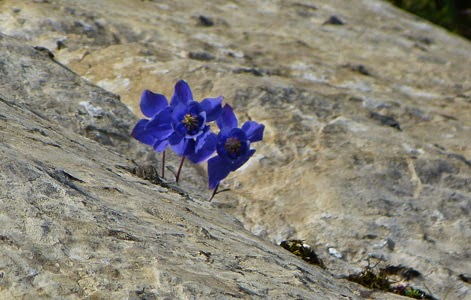 Team with pic clavera and Valier in the background 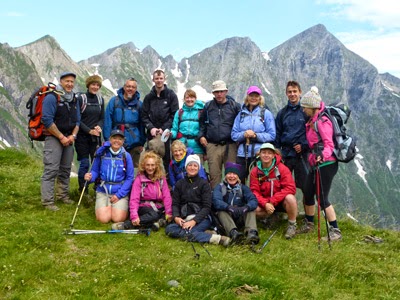 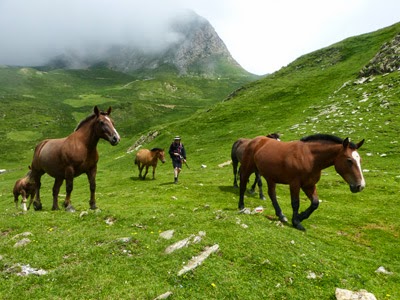 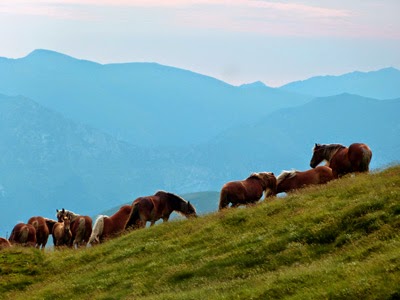 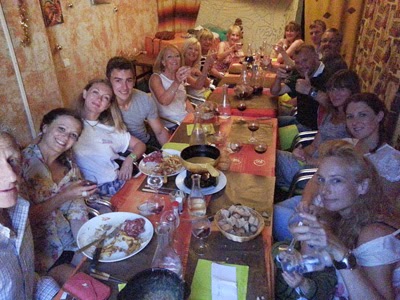 Big thanks to Victor, Kate, Jen, Rob and Laura from DA; John, baby Amelie, Charlie, Max, Ian and Richard for supporting so well and the team of Ian, Richard, Mike, Claire, Stewart, Gill, Julie, Valerie, Roger, Victoria, Kitty, Katheryn and Diane for making the trip fun. It was a pleasure to meet you.

Popular posts from this blog 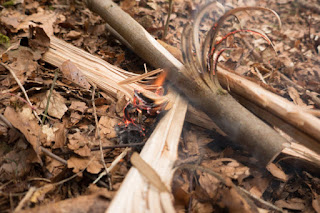 After having been away from the Venezuelan jungle for a while I had fun attending Luke Collyer's bushcraft course. We will make this accessible for those wanting to go on our Venezuelan trek and expedition to Angel Falls.
Read more 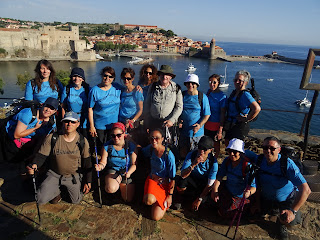 The Coastal Freedom Trail July 2017 - Walter Benjamin route  16.7 Day 1 Perpignan & Museum de Riversautes concentration camp Perpignan was in touching distance of freedom and was one of the final stepping stones leading to Spain and ultimately the free world beyond. Canet la Plage 12km east of Perpignan was particularly important for the evasion network where some escapees were taken away by British ships and submarines that would wait off the beach at Canet. After airport pick up post flight delay we made a poignant visit to Riversautes an internment camp that was home to over 2,000 Jews until 1942 when they were deported to Auschwitz. We then travelled to the beautiful, coulousful coastal town Collioure.  17.7 Day 2 Walk Collioure to Banyuls sur la Mer via Cap de Bear via Port – Vendres  (17.5km + 231m or +700m) 5+hrs We begin walking to Port-Vendres where Jewish philosopher Walter Benjamin began his escape journey after arriving by train from Marseille. L
Read more